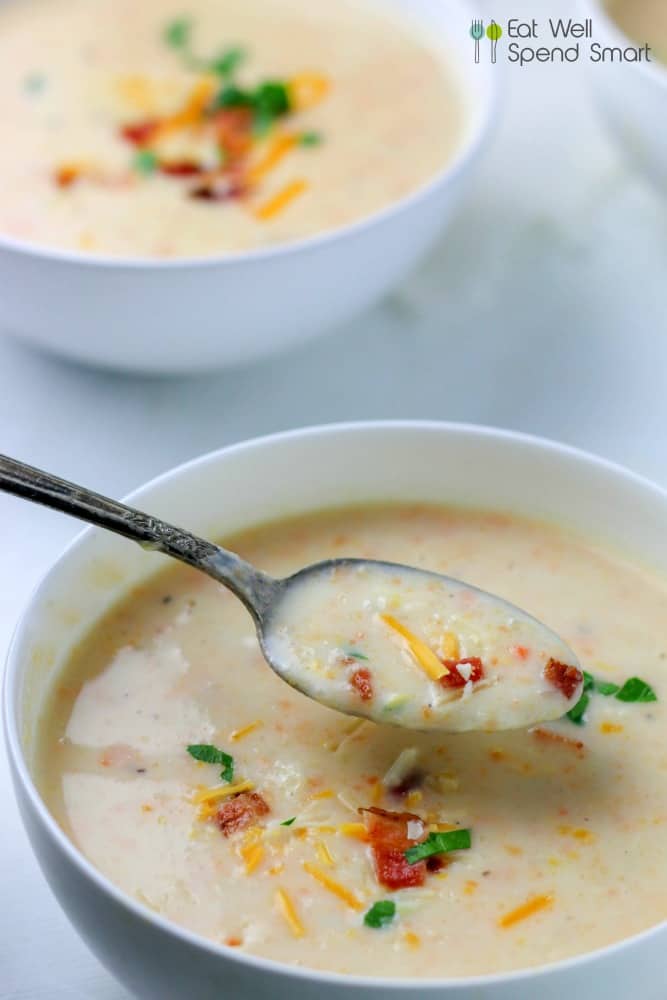 It's soup weather again, and my belly is so incredibly thankful.

I pretty much adore soups of all kinds.  Broccoli cheddar, chicken tortilla, kale and white bean, tomato...you name it, I like it.

My husband on the other hand, not so much a fan.  He sees soup as an appetizer.  I guess it's not manly enough for him or something.  I'm not sure.

I've learned to be very careful about my soup choices around here.

If I plan to serve a soup on its own, it better be loaded and hearty.  I can't serve a broth based soup or lighter fare on its own.  It must be accompanied by something else like a sandwich. 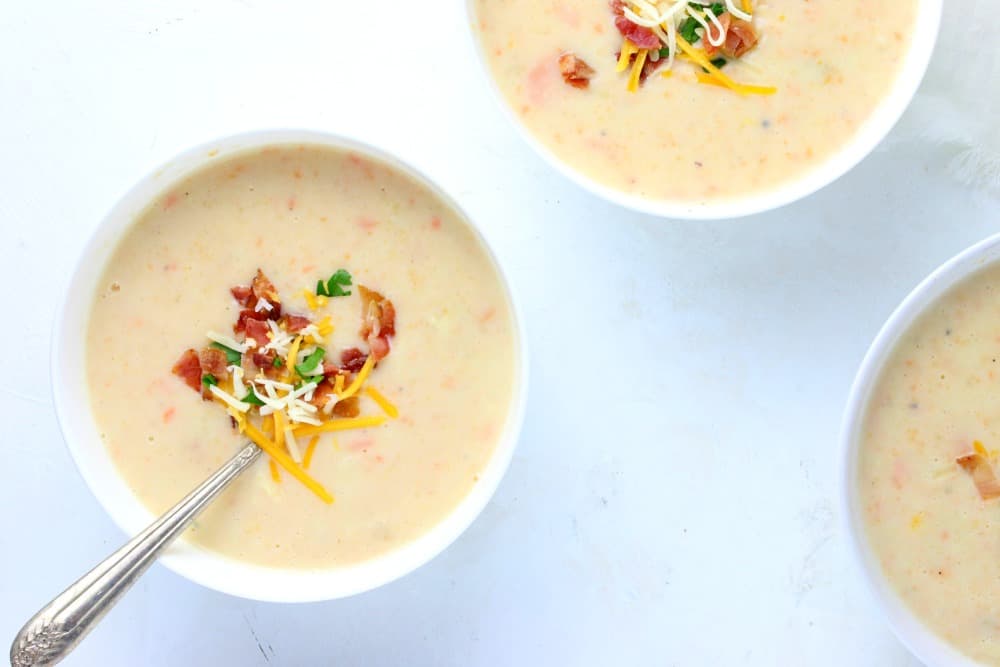 This potato soup, however, requires no side dish.  It's rich, hearty and delicious all on its own.  It's also inexpensive and full of fat soluble vitamins, which I love.

My kids even liked this soup.  My youngest kept saying, "mmm...good!"  That's music to this mama's ears.

It's a fairly simple meal as well. 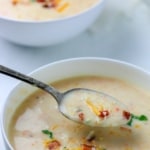