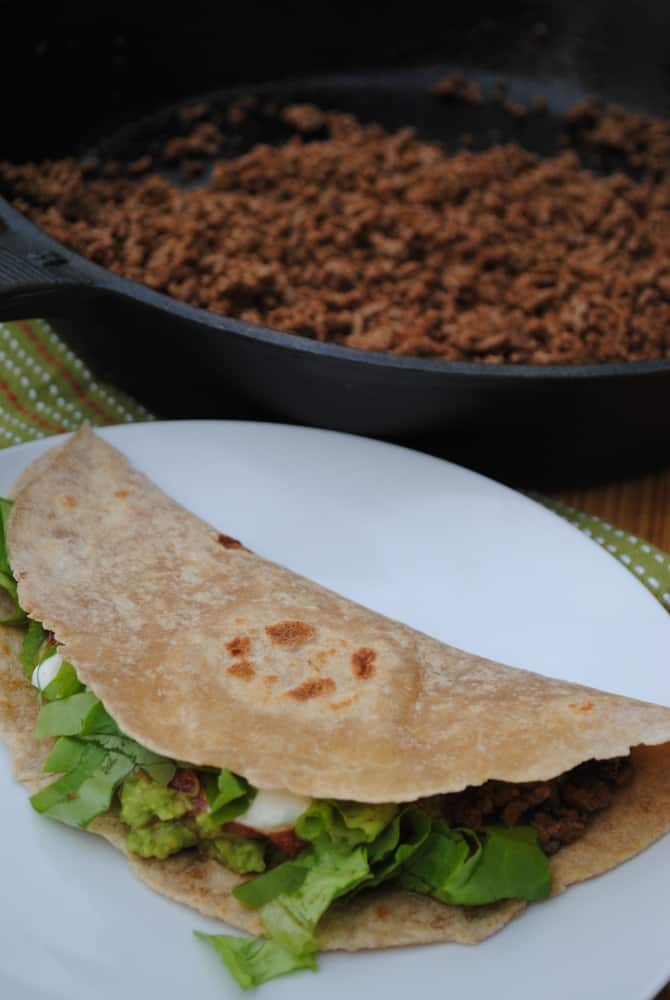 My son has been in a picky phase lately.  I can barely get him to eat anything, and it keeps getting worse and worse.

For him, I truly believe it is a battle of the wills.  Once he finally gets a bite of food in his mouth, he almost always likes it and asks for more.  It's that first bite that is the problem.  If any of you have dealt with a picky and stubborn child who doesn't want to eat, you know it is maddening.

We do everything "right".  We don't allow other options for meals other than what the family is eating.  We don't snack a lot in between.  He gets water to drink instead of filling up on liquid.  He helps me in the kitchen.  He helps grow his food in the garden.  Still, it is very difficult to get him to eat.

He's to the point where he eats very little protein.  He loves chicken legs, and he regularly eats eggs and homemade chicken nuggets.  Beans, lentils, and beef are not foods he is usually willing to eat.

I have found one beef dish that he does truly love though.  Homemade tacos. 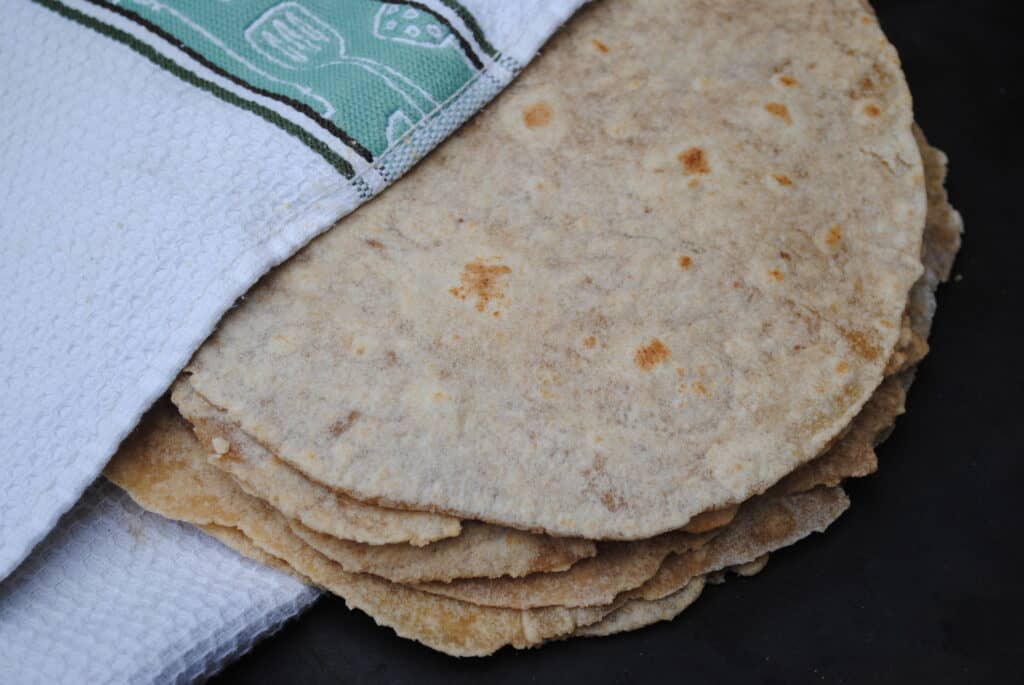 My mom was visiting this week, and we made tacos.  She was shocked to see my little guy demolish his taco.  He couldn't get enough and had two whole tacos, which is a LOT for his little belly.  TWO!  Even the meat that fell on the plate, got gathered up by the fistfuls and shoved into the hungry little mouth.

Now that enough to make this momma want to shout.

I've never shared with you my homemade tortilla recipe before.  I make them one of two ways.  If I remember to soak them in the morning, I make them with whole wheat.  Mixing them together takes just a couple of minutes in the morning, and then they are ready for you to roll out when cooking dinner that evening.  If I forgot to soak the whole wheat in the morning, I use unbleached all purpose flour, and use this recipe from Annie's eats.  I don't use shortening though.  I still use the fat in the recipe below. 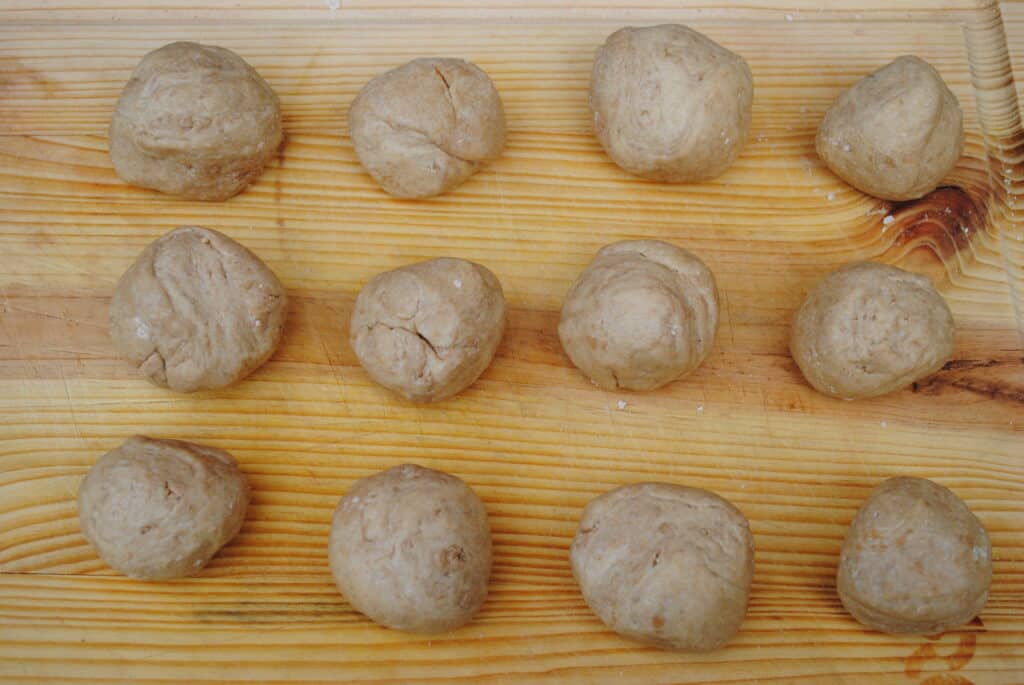 I timed it this time, and it takes me about 25 minutes to roll out and cook all of the tortillas.  If you are cooking your meat at the same time, you can still have your taco meal done in 30ish minutes, even with homemade tortillas. If you don't have one already, use my homemade taco seasoning recipe. 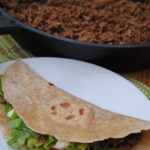