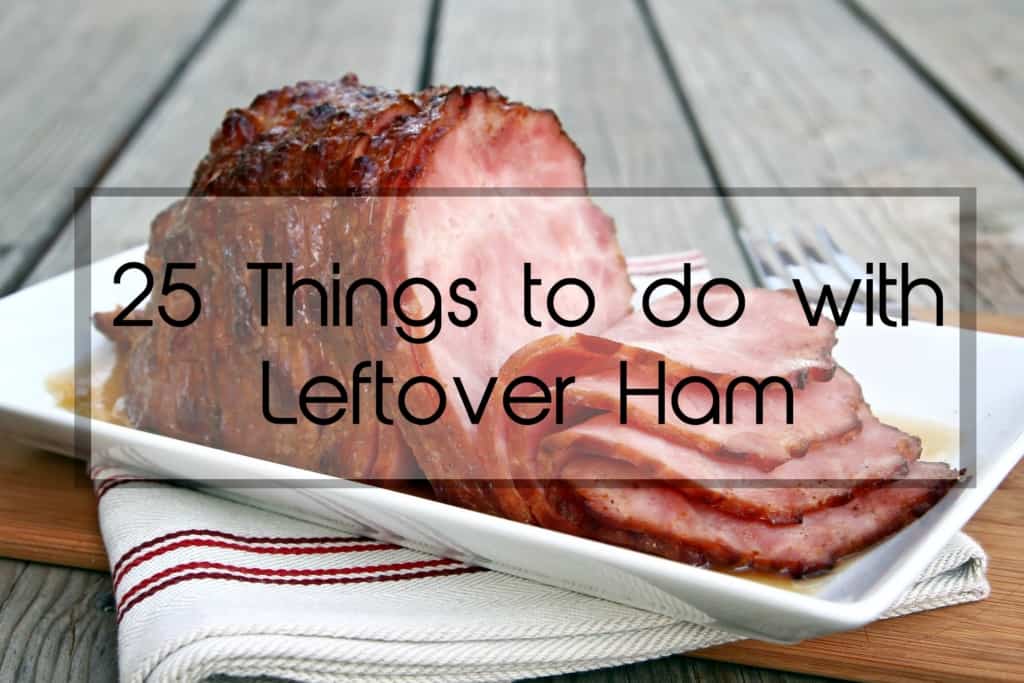 There's one time of year that ham is abundant at our house, and that is after Christmas. We have a large family, so much of the ham does get eaten, but there is still almost always leftovers.  After the obligatory ham sandwich the day after, I am always looking for new ways to re-purpose the meat.  It feels wasteful to not use it when there is such an abundance.

Of course you could slice it and freeze it, but if you want to use some right away, or make a few dishes to freeze, I have compiled a list of yummy things to do with leftover ham.  Turn that ham into something new and different!

25 things to do with leftover ham

Ham fried rice (use ham in place of chicken)

Macaroni and cheese with ham cubes

Crepes stuffed with ham and cheese

Egg casserole with ham (substitute the sausage for ham)

Stuffed baked potatoes (bake potatoes and stuff them with ham, cheese, and broccoli

Potato soup with ham (sub ham instead of bacon)